One of the best days of the year is when I have finally submitted my grades for the semester.  I just want it DONE.  Unfortunately, in the rush to get my grades turned in, I find it difficult to be motivated to document and organize some of my best student work.

A project that I have given my students for several years is to build a prototype app that helps a user reach a decision by asking them a series of questions.  They start by writing a proposal which includes creating a flowchart and wireframes.  Then they build the prototype app.  It’s a fun project to do with beginning students because this is usually one of their first experiences building anything interactive.  And, they are usually pretty impressed with themselves once the complete their functional prototypes.

Now that Webster University students have free access to Adobe Creative Cloud software, this year, I decided to do this assignment a little differently.  Instead of having them use Microsoft Powerpoint to make the prototype apps, I had my students build the apps in Adobe InDesign and export them as an interactive PDF.  Asking them to use InDesign without any previous experience seemed like a big ask – so I built a video demo and provided them  a sample inDesign file.  Fortunately this worked as students seemed to get it.

Here are a few successful proposals for the interactive decision tree apps:

And, here are a few successful prototype apps. Click on the images to experience the interactive applications. 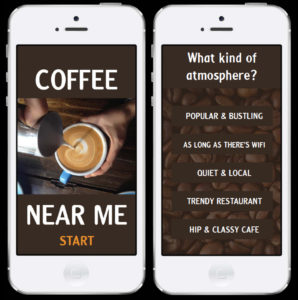 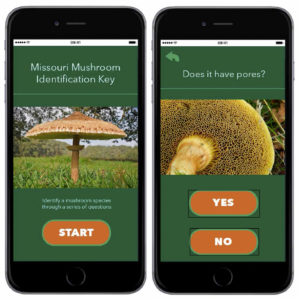